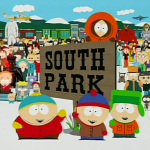 NOTE: Due to the lengthy detail of this topic, this article has been split into 2 posts. Part 1 deals with the background of the issue and the mainstream media’s portrayal of the controversy. Part 2 goes into more detail about the founding of the group, Revolution Muslim, as well as possible connections to some recent “false-flag terror attacks”.

It started a couple weeks ago. South Park, a Comedy Central show, known for it’s controversial and offensive material, depicted the Prophet Muhammad (pbuh) in a bear suit, for their 200th episode.

South Park‘s creators, Trey Parker and Matt Stone, have long been criticized by many various groups for their raunchy, comedic style, which also happens to offend a great deal of the American public. The show has poked fun at Christians, Jews, Buddhists, Scientologists, Mormons, African Americans, the Queen of England…basically, it’s what you would call an “equal opportunity offender.” It’s writers reject the idea of political correctness and spare no one individual or group in their quest to depict taboo subject matter with mockery and satire. And that’s their right, as human beings living on this earth – freedom of expression – no harm, no foul.

So it comes as no surprise that the latest hot-button episode has gotten the general public in a frenzy; however, their reactions have not been directed at the creators of the show, but rather two main culprits: Revolution Muslim for it’s completely insane and unjustified reaction, and the mainstream media for it’s poor portrayal of the issue. The title of this post also refers to “false flag attacks”, which we will delve into a little later on.

Revolution Muslim is not the face of Islam

Let’s start with Revolution Muslim‘s radical, extreme reaction to the South Park episode. The small group (no more than 10 members) posted a message on their website warning the creators of the show of their possible untimely death:

We have to warn Matt and Trey that what they are doing is stupid and they will probably wind up like Theo Van Gogh for airing this show. This is not a threat, but a warning of the reality of what will likely happen to them.

The Theo Van Gogh to whom they are referring was a Dutch film director who, after producing and releasing a film, Submission, which was critical of the treatment of women in Islam, was murdered by a Dutch-Moroccan Muslim in 2004, in reaction to the film.

Along with their message, they also posted a picture of Van Gogh lying on the street after he was murdered. The group’s members, in later interviews, claim their comments were not threats, but merely predictions of what would likely happen. Regardless of semantics, the fact still remains that this group, who by the way is  despised by much of the greater Muslim community for being possible agent provocateurs set out to smear Islam, has received a great deal of media attention for it’s members’ comments.

Revolution Muslim has absolutely no community support whatsoever, local or otherwise, but that hasn’t stopped the media from picking up the story and running with it like no tomorrow! Never did members of the media think to bring in other voices, other viewpoints, into the discussion to weigh both sides of the issue. No, that would require them to acknowledge that there even is another side.

More on Revolution Muslim and it’s two Zionist Jewish-convert founding members in part 2 of this post, but for now, let’s move on to the mainstream media’s pathetic “coverage” of this latest scandal in television. Personally, I have two major bones to pick with regards to the mainstream media coverage that I’ve seen.

The Mainstream Media is at it again

First is Anderson Cooper’s ridiculous and shameful excuse for investigative journalism on CNN. Who does he invite on to his show to discuss the South Park/Revolution Muslim controversy? The famous Islamophobe, Ayaan Hirsi Ali, an ex-Muslim known for her controversial attacks on the whole of the Muslim population, claiming that Islam is a “backwards religion” which can be characterized as “the new fascism”. This is who Cooper, a supposedly respectable journalist, thought would be the best choice for discussing this controversy. He did not even try to level the playing field by interviewing a single Muslim American spokesman for his 10-minute segment. Watch it and judge for yourselves.

What’s the saying? “Adding insult to injury”… yes, injury: the false impression that Revolution Muslim represents the broad spectrum of mainstream Muslims in America; and as for the insult: the idea that Ms. Ali was the best choice for an interview, which was supposed to be a platform to respond to Revolution Muslim’s insane reaction, but was just another way of justifying and promoting their hate-filled propaganda as “the face of Islam.”

Jon Stewart hops on the bandwagon

My second gripe is with Jon Stewart, a Jewish-American comedian, and host of the satirical, late-night news program, The Daily Show, which, like South Park, also airs on Comedy Central. Personally, I’m more-or-less a fan of Stewart and have been for some time. Lately though, within the past couple years, my overall respect for him has dropped dramatically, mainly due to learning more about his personal views on specific issues which I find important and hold near and dear: the “war on terror”, Palestine and Israel, and the latest, the Obama administration. All that aside, however, I’m still able to sit down and watch his show regularly partly because it’s really the only thing I can bear to watch on television nowadays, and partly because generally speaking, he’s still a fairly humorous individual.

Not so with his coverage of the South Park/Revolution Muslim controversy. Like South Park, The Daily Show also is no stranger to making fun of religions, but his segment was not about mockery or satirical comedy. It was about singling out and marginalizing an entire faith, based on the stupid comments made by ONE group, which has no respect in the Muslim community whatsoever. First, Jon Stewart joked and made derogatory comments about Revolution Muslim for threatening the creators of the show. Then he went on to thank all the “other” religions for not reacting to or behaving like those “radical Muslims” did with regards to South Park.

Finally, he played a reel of clip after clip of his show’s consistent mockery of different religions. One thing which sticks out however, is his over-focus on clips of him making fun of Jews, emphasizing the lack of violence that ensued afterward. Like this is supposed to mean something? Of course a Jew can make fun of Jews, just like a Muslim can make fun of Muslims and so on. I just take issue with Stewart’s sudden naivete…either that or he’s just plain sold out. I’m leaning more towards the latter.

You may be asking, “So what’s wrong with his coverage? Don’t you also NOT like Revolution Muslim? How does his coverage conflict with your views?” Well, mostly for the same reasons that I take issue with Anderson Cooper’s coverage, along with the rest of the mainstream media. The issue is not that I oppose him calling out the group. The issue is that, like Cooper’s segment, Stewart’s coverage failed to address the real issue: that Revolution Muslim is a marginal group, a radical group, a group without any sort of following, and one which in no way speaks for Islam or Muslims.

So what’s the big fuss?

As a Muslim, I have no problem with Stewart mocking Muslims like he does with other religions. Similarly, I have no problem with the creators of South Park portraying the Prophet Muhammad or Prophet Jesus (pbut), or whatever other crazy shenanigans they come up with.  It’s television, it’s comedy, and most importantly, it’s everyone’s freedom of expression to say, do, or broadcast whatever they wish, along as they don’t harm another individual. If you don’t like it or it offends you, then turn it off! We could all use a little less television in our lives, anyways.

I’m not advocating passivity or complete silence, but there’s a difference between voicing your distaste with something and violently threatening someone because of what he or she said. This is true not only for this specific incident, but also for others that have occurred in the past, including the film for which Mr. Van Gogh was murdered, as well as the infamous Danish cartoons fiasco, and many other similar, non-Islam related incidents. The important thing is be able to balance one’s feelings about something, with his reaction towards it, simple as that! Also, to be aware of and to clarify the conception that whoever the mainstream media chooses to highlight or portray in their coverage, more often than not, doesn’t necessarily reflect the views of the general population. Mainstream news today is not even news anymore, it’s entertainment and whatever holds the highest entertainment value is what makes it to the air.

The renowned Muslim scholar, Tariq Ramadan, was recently interviewed by Riz Khan on Al Jazeera and his intelligent and eloquent response to this controversy really hits it straight home. The entire interview is worth the watch, but he speaks specifically about the South Park issue at around 13:00 minutes. Check it out below:

What are your thoughts or views on this controversy? Do you agree with the media’s portrayal of the issue? Do you think they’ve missed the ball completely and focused on sensationalizing the issue? Comments are welcome!

This concludes part 1 of this post. In part 2, I will delve a little deeper into the history and founding of the group, Revolution Muslim, as well as how this all plays into the bigger picture of the so-called “War on Terror”, including possible false flag attacks and how they relate to this most recent controversy.