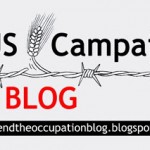 Last month, the Israeli army attacked a Palestinian shepherd and his family in the Al-Tuwani village of South Hebron. IDF soldiers attacked Musab Musa Raba’i and his family as they were complying with the soldiers’ orders to move their flock off the their family-owned land.

Musab was later arrested, detained, and tortured for hours. His hands and feet were tied, he was beaten on his back and face, slammed into walls, spat on and cursed at; he wasn’t even allowed to pray while he was in custody. The entire time, Musab refused to answer any questions or speak to the soldiers in Hebrew, which infuriated them. Soldiers also threatened Musab, telling him that if he didn’t comply they would show up at his house in the coming days and beat and/or kill him and his brothers.

After four hours of this interrogation and torture, he was driven out to a location unknown to him, and thrown out of the jeep on the side of the road; hands and feet still bound, and still blindfolded.

No charges were ever filed against Musab. His only crime? Trying to feed his sheep!

Christian Peacemaker Teams, which does amazing work, was there during the incident and caught the whole thing on tape. Here is their video footage from that day:

(From US Campaign to End the Israeli Occupation)

1) This attack on At-Tuwani appears to be part of a recent increase in repression of Palestinian grassroots nonviolent resistance to Israeli occupation and apartheid. Click here to read more about some of the Palestinian grassroots leaders who have been targeted by this campaign. You can also click here to send an email to the U.S. Consulate in East Jerusalem demanding the release of Palestinians who are imprisoned for their dissent. You can edit the letter to include information about the attack on At-Tuwani and to ask Daniel Rubinstein, the U.S. Consul General in East Jerusalem, to demand that those involved in this crime be brought to justice. Click here to send an email.

2) U.S. tax dollars aid and abet the human rights abuses committed by the Israeli army, including this most recent attack on At-Tuwani. Organize to oppose U.S. military aid to Israel in your Congressional district by clicking here, and join us in Washington D.C. in March for a Grassroots Advocacy Training and Lobby Day.

3) Motorola produces communications and surveillance equipment for the Israeli military as well as for settlements like the ones that are encroaching on At-Tuwani’s land. Sign a boycott pledge, send an email to Moto’s management, and order a Motorola organizing kit.