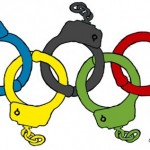 With the 2010 Winter Olympic Games officially kicking off this past weekend, it’s important to look past all the glitz and glamour being portrayed in the mainstream media and get right down to the behind-the-scenes corruption, deceit, and destruction taking place in Vancouver.

The Olympics are not about the human spirit and have little to do with athletic excellency; they are a multi-billion dollar industry backed by powerful elites, real estate, construction, hotel, tourism and television corporations, working hand in hand with their partners in crime: government officials & members of the International Olympic Committee (IOC).

The video below is an excellent short film (appx. 15 mins.) focusing on the negative impacts of the 2010 Olympic Games being held in Vancouver, and the ongoing resistance by Indigenous, human rights, and other social movements. The film gives 10 reasons why we should all resist and oppose the 2010 Winter Olympics (and all Olympics for that matter):

So there you have it! Eight reason why you should oppose the staged, glitzy, sensationalized show that is the 2010 Olympics. Even if you don’t turn off the TV because say, you really enjoy watching athletes compete on ice, at least keep in mind the information you learned from this video. Maybe the next time the Olympics roll around, you may have a change of heart.

N.B. Oh and try no to get too excited about all the “snow” you see in Vancouver. They actually had to ship the stuff in by the truck-load from nearby areas because there wasn’t enough snow in Vancouver! You see how they’re spending tax payer dollars!?!