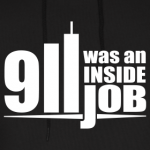 It’s the 8th anniversary of the 9/11 attacks…a day that will live on in our hearts and minds as the most tragic event ever carried out against our nation…but with 2 full-fledged wars in the Middle East, and a third one brewing in the works, the question still remains, who was responsible for 9/11? If you still believe that a “bunch of dirty Arabs with turbans living in a cave half-way across the world” carried out this precision-guided attack, I urge you to please KEEP READING!

The official story just does not add up, and with a new president in office, don’t you think it’s time for a real, in-depth, independent investigation into the day that ended thousands of lives, and affected millions more? We owe it to the victims, their families, as well as the people of the United States, to reopen those silenced investigations.

President Obama now has the POWER, and more importantly, the RESPONSIBILITY, to re-investigate that dreadful day, under his new administration. Perhaps the 20 points below (taken from an open letter to the President by Charlie Sheen) are a good starting point for the questions that need to be asked about that most terrible event in our modern history.

Please note that there are hundreds and maybe thousands of groups and organizations who are all also asking these same questions, and have been doing so for the past 8 years…I’m talking architects, engineers, fire-fighters, police officers, medics, airline pilots, and just everyday concerned citizens like you and me. Can they ALL be crazy conspiracy nuts? Maybe we need to look past what’s being fed to us through the media, and go and do some research of our own. I know it’s hard to take in and accept new information that challenges our way of thinking, but this is the only way that we can grow as individuals, as a nation and ultimately, as a society.

Please keep in mind that all information and claims below are hard facts based on documented evidence that is open and freely available to the public. None of it is opined, and none of it is false…In fact, I have included a link at the end to a bibliographic reference sheet for each point discussed.

Alright, now on to the questions…

1. On the FBI’s most wanted list, Osama Bin Laden is NOT charged with the crimes of 9/11 because ” the FBI has no hard evidence connecting Bin Laden to 9/11.”

2. FBI translator Sibel Edmonds, was dismissed and gagged by the D.O.J. after she revealed that the government had foreknowledge of plans to attack American cities using planes as bombs as early as April 2001. In July of ‘09, Mrs. Edmonds broke the Federal gag order and went public to reveal that Osama Bin Laden, Al Qaeda and the Taliban were all working for and with the C.I.A. up until the day of 9/11.

3. The following is a quote from Mayor Giuliani during an interview on 9/11 with Peter Jennings for ABC News. “I went down to the scene and we set up headquarters at 75 Barkley Street, which was right there with the Police Commissioner, the Fire Commissioner, the Head of Emergency Management, and we were operating out of there when we were told that the World Trade Center was going to collapse. And it did collapse before we could actually get out of the building, so we were trapped in the building for 10, 15 minutes, and finally found an exit and got out, walked north, and took a lot of people with us.”
WHO TOLD HIM THIS??? To this day, the answer to this question remains unanswered, completely ignored and emphatically DENIED by Mayor Giuliani on several public occasions.

4. In April 2004, USA Today reported, “In the two years before the Sept. 11 attacks, the North American Aerospace Defense Command conducted exercises simulating what the White House says was unimaginable at the time: hijacked airliners used as weapons to crash into targets and cause mass casualties.” One of the targets was the World Trade Center.

5. On September 12th 2007, CNN’s ‘Anderson Cooper 360’, reported that the mysterious “white plane” spotted and videotaped by multiple media outlets, flying in restricted airspace over the White House shortly before 10am on the morning of 9/11, was in fact the Air Force’s E-4B, a specially modified Boeing 747 with a communications pod behind the cockpit; otherwise known as “The Doomsday Plane”.

Though fully aware of the event, the 9/11 Commission did not deem the appearance of the military plane to be of any interest and did not include it in the final 9/11 Commission report.

6. Three F-16s assigned to Andrews Air Force Base, ten miles from Washington, DC, are conducting training exercises in North Carolina 207 miles away as the first plane crashes into the WTC. Even at significantly less than their top speed of 1500 mph, they could still have defended the skies over Washington well before 9am, more than 37 minutes before Flight 77 crashes into the Pentagon, however, they did not return until after 9:55am.
Andrews AFB had no armed fighters on alert and ready to take off on the morning of 9/11.

7. WTC Building 7. Watch the video of its collapse.

8. Flight 93 is fourth plane to crash on 9/11 at 10:03am. V.P. Cheney only gives shoot down order at 10:10-10:20am and this is not communicated to NORAD until 28 minutes after Flight 93 has crashed.
Fueling further suspicion on this front is the fact that three months before the attacks of 9/11, Dick Cheney usurped control of NORAD, and therefore he, and no one else on planet Earth, had the power to call for military sorties on the hijacked airliners on 9/11. He did not exercise that power. Three months after 9/11, he relinquished command of NORAD and returned it to military operation.

9. Scores of main stream news outlets reported that the F.B.I. conducted an investigation of at least FIVE of the 9/11 hijackers being trained at U.S. military flight schools. Those investigations are now sealed and need to be declassified.

10. In 2004, New York firefighters Mike Bellone and Nicholas DeMasi went public to say they had found the black boxes at the World Trade Center, but were told to keep their mouths shut by FBI agents. Nicholas DeMasi said that he escorted federal agents on an all-terrain vehicle in October 2001 and helped them locate the devices, a story backed up by rescue volunteer Mike Bellone.
As the Philadelphia Daily News reported at the time, “Their story raises the question of whether there was a some type of cover-up at Ground Zero.”

11. Hundreds of eye witnesses including first responders, fire captains, news reporters, and police, all described multiple explosions in both towers before and during the collapse.

13. Solicitor General Ted Olson’s claim that his wife Barbara Olsen called him twice from Flight 77, describing hijackers with box cutters, was a central plank of the official 9/11 story.
However, the credibility of the story was completely undermined after Olsen kept changing his story about whether his wife used her cell phone or the airplane phone. The technology to enable cell phone calls from high-altitude airline flights was not created until 2004. American Airlines confirmed that Flight 77 was a Boeing 757 and that this plane did not have airplane phones on board.
According to the FBI, Barbara Olsen attempted to call her husband only once and the call failed to connect, therefore Olsen must have been lying when he claimed he had spoken to his wife from Flight 77.

14. The size of a Boeing 757 is approximately 125ft in width and yet images of the impact zone at the Pentagon supposedly caused by the crash merely show a hole no more than 16ft in diameter. The engines of the 757 would have punctured a hole bigger than this, never mind the whole plane. Images before the partial collapse of the impact zone show little real impact damage and a sparse debris field completely inconsistent with the crash of a large jetliner, especially when contrasted with other images showing airplane crashes into buildings.

15. What is the meaning behind the following quote attributed to Dick Cheney which came to light during the 9/11 Commission hearings? The passage is taken from testimony given by then Secretary of Transportation Norman Mineta.
During the time that the airplane was coming in to the Pentagon, there was a young man who would come in and say to the Vice President, “The plane is 50 miles out.” “The plane is 30 miles out.” And when it got down to “the plane is 10 miles out,” the young man also said to the Vice President, “Do the orders still stand?” And the Vice President turned and whipped his neck around and said, “Of course the orders still stand. Have you heard anything to the contrary?”
As the plane was not shot down, in addition to the fact that armed fighter jets were nowhere near the plane and the Pentagon defensive system was not activated, are we to take it that the orders were to let the plane find its target?

16. In May 2003, the Miami Herald reported how the Bush administration was refusing to release a 900-page congressional report on 9/11 because it wanted to “avoid enshrining embarrassing details in the report,” particularly regarding pre-9/11 warnings as well as the fact that the hijackers were trained at U.S. flight schools.

17. Top Pentagon officials cancelled their scheduled flights for September 11th on September 10th. San Francisco Mayor Willie Brown, following a security warning, cancelled a flight into New York that was scheduled for the morning of 9/11.

18. The technology to enable cell phone calls from high-altitude airline flights was not created until 2004, and even by that point it was only in the trial phase. Calls from cell phones which formed an integral part of the official government version of events were technologically impossible at the time.

19. On April 29, 2004, President Bush and V.P. Cheney would only meet with the commission under specific clandestine conditions. They insisted on testifying together and not under oath. They also demanded that their testimony be treated as a matter of “state secret.” To date, nothing they spoke of that day exists in the public domain.

20. A few days after the attack, several newspapers as well as the FBI reported that a paper passport had been found in the ruins of the WTC. In August 2004, CNN reported that 9/11 hijacker Ziad Jarrah’s visa was found in the remains of Flight 93 which went down in Shanksville, Pennsylvania.
At least a third of the WTC victim’s bodies were vaporized and many of the victims of the Pentagon incident were burned beyond recognition. And yet visas and paper passports which identify the perpetrators and back up the official version of events miraculously survive explosions and fires that we are told melted steel buildings.

If you have read this far, I commend you. That is a lot to read and take in all at once, especially if this is all news to you. But I urge you to take what you’ve read here and follow up on it, do your own investigation, see what you find for yourself. No one can convince you, you have to do that yourself. All we can do is provide the information that sparks the slightest bit of interest, curiosity, or concern. The rest is up to you. But once you learn the truth, it’s your responsibility to wake up and educate those around you.