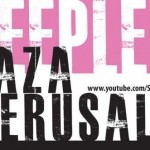 For this week’s REEL Thursdays feature, we bring you Paradise Now, a film about two Palestinian men preparing for a suicide attack in Israel.

“The film is an artistic point of view of that political issue,” Abu-Assad said. “The politicians want to see it as black and white, good and evil, and art wants to see it as a human thing.”

The story places two close friends, Palestinians Said and Khaled, recruited by an extremist group to perpetrate a terrorist attack in Tel-Aviv, blowing up themselves. However, things go wrong and both friends must separate in the border. One of them, maintaining in his purpose of carry the attack to the end, and the other will have his doubts about it.

The film is in English and Arabic with subtitles and can be viewed on Google Video below:

For this week’s REEL Thursdays feature, we bring you Promises, a documentary film that examines the Israeli-Palestinian conflict from the perspectives of seven children living in the Palestinian communities in the West Bank and Israeli neighborhoods of Jerusalem.

The film follows Israeli-American filmmaker B.Z. Goldberg as he meets with seven Palestinian and Israeli children between the ages of nine and thirteen, seeing the Middle East conflict through their eyes. Rather than focus on specific political events, the film gives voice to these children, who, although living only 20 minutes apart, live in completely separate worlds. The most important aspect of the film is that it allows “ordinary” kids to develop natural bonds of affection by simply playing games with each other – bonds which transcend the clutter of prejudices they have heard from their parents.

The film is in English, Arabic, and Hebrew with subtitles and can be viewed on YouTube at the following link:

Piece of Mind is pleased to announce the launch of a new, weekly feature, REEL Thursdays!

REEL Thursdays aims to share a weekly dose of movies, documentaries, and independent films which deal with a variety of important issues including, but not limited to, human rights, political activism, social justice, non-violent peace movements, and stories of struggle, resistance, and triumph in an otherwise oppressive world.

And now for our first REEL Thursdays feature…

In the Spider’s Web is a documentary produced by Al-Haq and is part of Al-Haq’s campaign to stop collective punishment practiced by Israeli occupying forces against Palestinian civilians in the Occupied Palestinian Territories.

In the Spider’s Web provides an overview of these punitive measures against the Palestinian civilians. While the film mainly addresses the accounts of two women, it also highlights the impact that collective punishment has on the whole civilian population. The film also takes the audience to a girls’ school in Hebron, where it shows a typical day in the lives of these students. The documentary also seeks to capture and relay some of the disastrous implications of the continuing construction of the Annexation Wall and the further expropriation of land for its construction.

The film is in Arabic with English subtitles and can be viewed on YouTube at the following link. (Just click on Part 1 and it will automatically play the consecutive parts in the playlist.)

In the Spider’s Web

This afternoon the Israeli military killed 16-year old Mohammad Qadus from Iraq Burin, a village south of Nablus, with a live round on his heart. A second youth, Asaud Qadus, 19 years old, was critically injured after being shot in the head. Mohammad was trying to carry Asaud to safety when he was hit.

Today, just as every Saturday in the last few weeks, settlers from the settlement of Bracha attacked the village of Iraq Burin. The community of around 600 people has lost over 100 dunum to the settlers who claim more land.

Eyewitnesses report that today the number of settlers and Israeli military was unusually high. At around noon, settlers and soldiers invaded the village.

People stepped out of their homes to defend their village and a struggle ensued. The military took up positions with several jeeps at strategic points and chased the youth in the streets of Iraq Burin.

Medics and ambulances were prevented from entering the small community. Only after a long time both youth were allowed to be carried out of the village and to a hospital in private cars. Mohammad was pronounced dead upon arrival at the hospital in Nablus while Asaud is still in critical condition.

Two people were arrested but no further details are known about them yet.

Mohammad was the latest victim shot while protesting since Bassem Abu Rahmah, 31, was killed by a high velocity tear gas canister in Bi’lin last April. His death comes only two weeks after Ehab Barghouti, a 14-year-old boy from Nabi Saleh village near Ramallah was shot in the head with a rubber-coated steel bullet by the Israeli military on 5 March 2010. He is still in critical condition.

Killing children with live ammunition is not an accident, It is a crime. Of the 16 people killed by the Israeli military in connection with anti-Wall protests since 2002, half were under the age of 18.

The pattern of killings related to anti-Wall protests shows that the occupation forces engage in killings cycles: during a wave of killings in 2004/2005 8 were killed, then again between July 2008/ April 2009 6 were killed. This is very likely just the start of yet another wave of killings.

This systematic criminal policy against our people is a war crime and supports the settlers in stealing Palestinian land. Israel will continue with its shoot-to-kill policy against our children and youth until the international community starts to hold it accountable for its crimes.