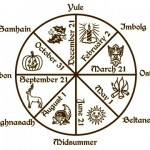 I have not been a fan of birthdays, but even if we want to, which calendar should we follow? Rarely anyone brings this up. Perhaps it’s not important. Allah SWT knows best. Why though celebrate Maulidur Rasul based on Hijrah Calendar, but our own birthdays (if we want to in the first place) based on Common Era/Masihiyah/Gregorian Calendar? The Vatican massacred cities and villages worldwide to impose the Gregorian Calendar? Why?… because they are pagans and not Christians.

Here are the months and their meanings:

The days of the week are all pagan:

The following video is not about the Mayan Calendar as you think,
but about calendars in general and very thought provoking!