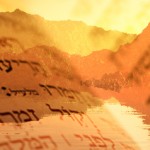 Behold! Allah said: “O Jesus! I will take thee and raise thee to Myself and clear thee (of the falsehoods) of those who blaspheme; I will make those who follow thee superior to those who reject faith, to the Day of Resurrection: Then shall ye all return unto me, and I will judge between you of the matters wherein ye dispute. [Qur’an, Family of Imran, 3:55]

Monotheism is the root of all true religions, whether it be inspiration sent to Noah, Abraham, Isma’il, Isaac, Jacob and the Tribes, Job, Jonah, Aaron, Solomon, David, Muhammad, and even other prophets not documented in history (peace and blessings be upon them all). So why the sudden change with modern-day Christianity? The concept of “Trinity” has clearly derailed Christianity from Monotheism. Now it has become necessary to warn against this oddity and revive Jesus’s original message.

They do blaspheme who say: “Allah is Christ the son of Mary.” But said Christ: “O Children of Israel! worship Allah, my Lord and your Lord.” Whoever joins other gods with Allah,- Allah will forbid him the garden, and the Fire will be his abode. There will for the wrong-doers be no one to help. [Qur’an, The Table Spread, 5:72]

The Origins of “Trinity”

It is important to note that the word “Trinity” does not appear anywhere in the New Testament. The notion of Jesus as son of God is something that was established under the influence of Paul of Tarsus. Originally named Saul the former Pharisee, he had been an enemy of Jesus, but later changed course and joined the disciples after the departure of Jesus.

Later, however, he initiated a number of changes into early Christian teachings, in contradiction, for instance, to disciples like Barnabas, who believed in the Oneness of God and who had actually lived and met with Jesus.

Paul is considered by a number of Christian scholars to be the father of modern-day Christianity due to his additions of the following ideas:

His letters are another of the primary sources of information on Jesus according to the Christian tradition. In fact, there are twenty seven books in the Bible and thirteen, or about half of them, were written entirely by Paul. This is despite ever meeting Jesus, nor receiving any authority from him.

Furthermore, the original followers of Prophet Jesus opposed these blatant misrepresentations of the message of Jesus and opposed Paul for injecting into Christianity doctrines of the pagan Roman religion and Platonic philosophy. They struggled to reject the notion of the Divinity of Jesus for close to 200 years.

In 325 (CE), a council of Christian leaders met at Nicaea and made Paul’s beliefs officially part of Christian doctrine. It also ordered that all original Gospels in Hebrew script which contradicted Paul’s beliefs should be destroyed. An edict was issued that anyone in possession of these Gospels would be put to death.

There is among them a section who distort the Book with their tongues: (As they read) you would think it is a part of the Book, but it is no part of the Book; and they say, “That is from Allah,” but it is not from Allah: It is they who tell a lie against Allah, and (well) they know it! [Qur’an, Family of Imran, 3:78]

Despite the vicious campaign to distort or destroy most of the original texts in Christianity, The Gospel of Barnabas has miraculously survived though.

God is Indeed One

The Bible itself preaches monotheism, but it is constantly overlooked.

You shall not go after other gods, the gods of the peoples who are around you— for the Lord your God in your midst is a jealous God—lest the anger of the Lord your God be kindled against you, and he destroy you from off the face of the earth. [Bible, Deuteronomy 6:14-15]

Since God is a jealous One, this means God would never share divinity with a prophet or any other creation. As a matter of fact, Prophet Jesus is constantly quoted in the Bible saying that God is One, but the explanation of the Trinity drowns out reason to these clear verses:

“Well said, teacher,” the man replied. “You are right in saying that God is one and there is no other but him. [Bible, Mark 12:32]

God and Jesus are two separate beings. God will question Jesus on the Day of Judgement for the blasphemy his nation committed in his absence.

And behold! Allah will say: “O Jesus the son of Mary! Didst thou say unto men, worship me and my mother as gods in derogation of Allah’?” He will say: “Glory to Thee! never could I say what I had no right (to say). Had I said such a thing, thou wouldst indeed have known it. Thou knowest what is in my heart, Thou I know not what is in Thine. For Thou knowest in full all that is hidden. “Never said I to them aught except what Thou didst command me to say, to wit, ‘worship Allah, my Lord and your Lord’; and I was a witness over them whilst I dwelt amongst them; when Thou didst take me up Thou wast the Watcher over them, and Thou art a witness to all things. “If Thou dost punish them, they are Thy servant: If Thou dost forgive them, Thou art the Exalted in power, the Wise.” [Qur’an, The Table Spread, 5:116-118]

Brutal punishments and even death did not stop the controversy over the doctrine of the Trinity. The majority of Christians, when asked to explain this fundamental doctrine of their faith, can offer nothing more than mysterious or confusing answers not consistent with teachings of other prophets. This is despite the Bible saying “… God is not the author of confusion …” [Corinthians 14:33].

Such was Jesus, the son of Mary; it is a statement of truth, about which they vainly dispute. It is not befitting to the majesty of God, that He should beget a son. Glory be to Him! When He determines a matter, He only says to it, ‘Be’ and it is. [Qur’an, Mary, 19:34-35]

Christianity claims to be a monotheistic religion. Monotheism, however, has as its fundamental belief that God is One; the Christian doctrine of the Trinity, God being Three-in-One, is seen by Islam as a form of polytheism. Christians don’t revere just One God, they revere three.

The similitude of Jesus before Allah is as that of Adam; He created him from dust, then said to him: “Be”. And he was. [Qur’an, Family of Imran, 3:59]

The relation between man and God has been in existence since the beginning. This relationship came through scriptures and teachings of prophets throughout time, starting with Adam. As prophets passed away, their original message were changed or forgotten. It became Divine pattern for God to revive the relationship with man by sending new prophets with the same message of “One God”, all the way down to Prophet Muhammad

(peace and blessings of Allāh be upon him). Although the word “Trinity” does not appear anywhere in the New Testament, it is ironic that it does indeed appear in the Final Testament:

O People of the Book! Commit no excesses in your religion: Nor say of Allah aught but the truth. Christ Jesus the son of Mary was (no more than) a messenger of Allah, and His Word, which He bestowed on Mary, and a spirit proceeding from Him: so believe in Allah and His messengers. Say not “Trinity” : desist: it will be better for you: for Allah is one Allah: Glory be to Him: (far exalted is He) above having a son. To Him belong all things in the heavens and on earth. And enough is Allah as a Disposer of affairs. [Qur’an, The Women, 4:171]

We see that the doctrine of the Trinity is a concept conceived entirely by man; a concept not compatible or consistent with Monotheism. Christianity has digressed from the Oneness of God into a vague and mysterious doctrine that was formulated after Jesus’s departure.

It is not (possible) that a man, to whom is given the Book, and Wisdom, and the prophetic office, should say to people: “Be ye my worshippers rather than Allah’s”: on the contrary (He would say) “Be ye worshippers of Him Who is truly the Cherisher of all: For ye have taught the Book and ye have studied it earnestly.” Nor would he instruct you to take angels and prophets for Lords and patrons. What! would he bid you to unbelief after ye have bowed your will (To Allah in Islam)? [Qur’an, The Family of Imran, 3:79-80]

There is still hope; the Unitarian denomination of Christianity has kept alive the teachings of Jesus in saying that God is One; they do not believe in the Trinity. As a result, mainstream Christians have outcast them, and the National Council of Churches has refused their admittance. In Unitarianism, the hope is kept alive that Christians will someday return to the preachings of Jesus.

Say: “O People of the Book! come to common terms as between us and you: That we worship none but Allah; that we associate no partners with him; that we erect not, from among ourselves, Lords and patrons other than Allah.” If then they turn back, say ye: “Bear witness that we (at least) are Muslims (bowing to Allah’s Will). [Qur’an, The Family of Imran, 3:64]