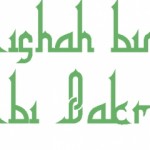 UPDATE April 2019: This post was originally published in 2012, and has gone through many revisions. However, in recent years, Sh. Omar Suleiman and the Yaqeen Institute for Islamic Research have conducted an impressive, in-depth study of this topic. So we have completely updated this page to reflect this groundbreaking research and the articles and videos they have published.

It’s important to note that for over 1400 years, the age of Aisha (ra) was never a topic of discussion. It’s only in recent years that Islamophobes have brought it up as a point of debate, and unfortunately it has also become a cause of doubt among Muslims.

The following video is the conclusion of a 4-part collection titled, “More Than Just a Number: Perspectives on the Age of Aisha (ra)”. In it, Sh. Omar Suleiman does an excellent job of breaking down this hotly debated topic, including the historical context of the time, and helps us end this debate, once and for all.

You can read the complete collection at this link: https://yaqeeninstitute.org/series/more-than-just-a-number-perspectives-on-the-age-of-aisha/ 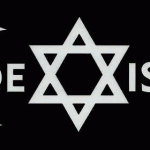 The clash between Muslims, Christians, and Jews resembles the feud that exists between siblings. They all come from the same father (Abraham) and follow the same prophets of the same God, yet ironically the true enemies of God have succeeded in dividing us by forcing us to focus on our differences rather than our staggering similarities.

Say ye: We believe in Allah, and the revelation given to us, and to Abraham, Isma’il, Isaac, Jacob, and the Tribes, and that given to Moses and Jesus, and that given to (all) prophets from their Lord: We make no difference between one and another of them: And we bow to Allah. [Qur’an 2:136]

For more than fourteen centuries, scholars from Judaism, Christianity and Islam have been discussing whether or not the Prophet Muhammad (pbuh) could have indeed been a true prophet from the One True God. Was he the long awaited “Messiah” the Jews have been waiting for so many centuries? Was he the unlettered Prophet prophesied in the Old Testament?

Let us examine the passage describing the roots of the next prophet:

We read ‘And the Gentiles shall come to thy light’, and that means this Holy Prophet would arise among the Gentiles and his Light would fill his place where the nations would come and visit. [Isaiah 60:3]

Muhammad was a gentile because he came from the lineage of Ismael, making him an extraordinary gentile of high stature:

And as for Ishmael (son of Abraham), I have heard you. Behold, I have blessed him, and will make him fruitful, and will multiply him exceedingly. He shall beget twelve princes, I will make him a great nation. [Genesis 17:20]

Next thing is that the Bible paints the scenario in which the Divine Revelations decends on the prophesized prophet:

And the book is delivered to him that is not learned, saying, Read this, I pray thee: and he saith, I am not learned. [Isaiah 29:12]

The Bible describes the coming prophet so that he can be recognized:

I will raise them up a Prophet from among their brethren, like unto thee, and will put my words in his mouth; and he shall speak unto them all that I shall command him. [Deuteronomy 18:18]

The claim of Islam is that the Qur’an is the literal, unchanged word of God. So as the Bible foretold, God had literally put His words (the Qur’an) on the tongue of Prophet Muhammad (pbuh).

It’s common knowledge that chapters of the Qur’an starts with “Bism Allah Al Rahman Al Raheem”, which means “In the Name of Allah the Most Gracious the Most Compassionate.” The Bible foretold of this prophecy:

And it shall come to pass, that whosoever will not hearken unto my words which he shall speak in my name, I will require it of him. [Deuteronomy 18:20]

When the Bible says the phophet will “speak in my name,” this is what Prophet Muhammad (pbuh) has done by saying “Bism Allah Al Rahman Al Raheem” before reciting the words of God (the Qur’an). It was required of him and still is today when Muslims recite any part of the Qur’an.

The above proofs are very explicit without the need for further translations. However, there is a wealth of truth that exists in the original languages of the Bible and Torah that were intentionally or ignorantly lost in translation:

His mouth is most sweet: yea, he is altogether lovely. This is my beloved, and this is my friend, O daughters of Jerusalem. [Songs of Solomon 5:16]

In the Hebrew Torah though, it exactly reads like this:

Here is the exact Hewbrew text in case you can read Hebrew:

Next I would like to examine the scriptures written in the original Aramaic language of Jesus. The word “Christianity” did not exist in the time of Prophet Jesus. So what religion did he call himself? You will be surprised to know that the word Muslim is not a new word found only in the Qur’an. Notice the Aramaic words in red, pronounded “Shalam”, keeping in mind its Arabic equivilant is “Salaam”, the root word of Muslim (one who submits):

Jesus further demonstrates that he has completed his work as commanded by Allah leaving nothing undone which also shows that he was a true Muslim (one who submits), a characteristic which only fits the character of a prophet.

Finally, before Jesus departs from this Earth, he leaves behind something which can only be understood if read in his native tongue of Aramaic. In John 14:27, we read:

As you can see above, Jesus departed with the same phrase Muslims today depart and greet with: Assalaam Alaikum.

To conclude in building the bridge between Muslims, Christians, and Jews, I would like to quell instigations created by war elites and the media to divide us. Contrary to common belief, Muslims greatly revere the prophets and books of Christians and Jews. As a matter of fact, Moses and Jesus are more referred to in the Qur’an than Muhammad (pbuh)! Allah repeatedly points out the bond between the People of the Scriptures:

Allah hath revealed unto thee (Muhammad) the Scripture with truth, confirming that which was (revealed) before it, as Allah revealed the Torah and the Gospel. [Qur’an 3:3]

That which We have revealed to you of the Book is the Truth confirming what was (revealed) before it: for Allah is assuredly with respect to his servants well acquainted and fully-Observant. [Qur’an 35:31]

This Qur’an is not such as can be produced by other than Allah; on the contrary it is a confirmation of (revelations) that went before it and a fuller explanation of the Book wherein there is no doubt from the Lord of the Worlds. [Qur’an 10:37]

Say O People of the Scripture! Ye have naught (of guidance) till ye observe the Torah and the Gospel and that which was revealed unto you from your Lord. That which is revealed unto thee (Muhammad) from thy Lord is certain to increase the contumacy and disbelief of many of them. But grieve not for the disbelieving folk. [Qur’an 5:68]

And argue not with the People of the Scripture unless it be in (a way) that is better, save with such of them as do wrong; and say: We believe in that which hath been revealed unto us and revealed unto you; our God and your God is One, and unto Him we surrender. [Qur’an 29:46]

The Absolute Truth About Muhammad in the Bible:
httpv://www.youtube.com/watch?v=fMo_3B7m5mk